Greenscape Geeks had an excellent opportunity to meet and greet the members and staff of the Indiana Forest Alliance community last week. We have sponsored Indiana Forest Alliance in the past and look forward to growing our partnership with allies of Indiana’s forested land. Those that attended the Sun King Brewery get-together were able to ask questions and hear about the goals and ambitions of IFA for the rest of 2019 and upcoming Spring of 2020.

Their goals and events included: 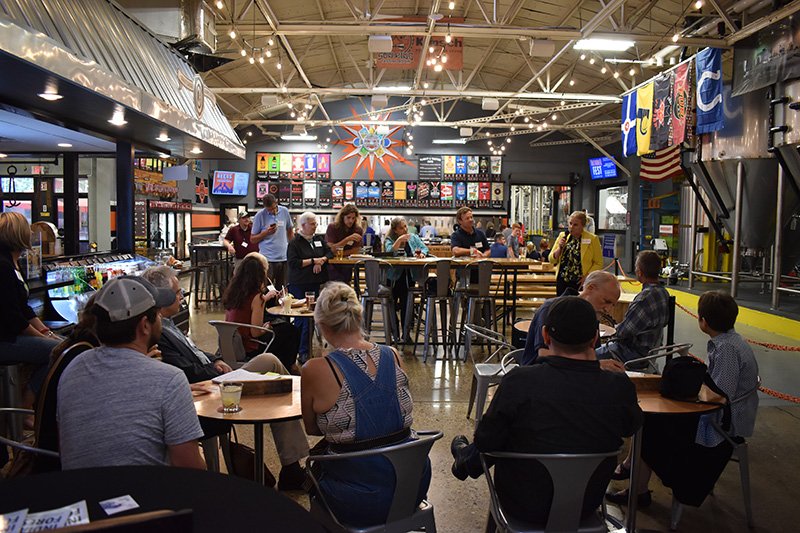 There were a few door prizes that included a fancy bird house and a one night stay in beautiful Bloomington, Indiana with hotel accommodations. Not a bad set of prizes for a small donation and drinking some delicious beer. While we didn’t win any door prizes, we didn’t walk out empty-handed. We met many long-time and first-time IFA members that were eager to share their knowledge and experiences with those who wanted to learn more. Jeff Stant, the Executive Director, gave the keynote speech. He was followed by the lead board member who entreated those interested in helping to donate their time or money to further IFA’s cause. Among the diverse skills and occupations of the IFA community, there was also a documentary filmmaker present at the event; Katelyn Calhoun, director of Snag in the Plan, talked about her film that will debut at the Wild & Scenic Film Festival. The 2020 Wild & Scenic Film Festival will kick off early next year, so film lovers keep your calendars open for January and February!

We want to prove time and again that Greenscape Geeks is *more* than just a landscape architecture company. We know that while creating a natural landscape in your yard can be beautiful, we can’t compete with mother nature’s skills. Forest succession is an arduous process that produces the captivating tree canopies and ecological wealth we have today, and we want to help keep them from diminishing. The community that IFA is encouraging is vibrant and diverse, just like the Hoosier forests they seek to protect. If you want to find out more, you can visit their website here and reach out to their excellent staff here with any questions about membership or upcoming events.